In this engagingly written biography, Tamara Plakins Thornton delves into the life and work of Nathaniel Bowditch (1773-1838), a man Thomas Jefferson once called a “meteor in the hemisphere.” Bowditch was a mathematician, astronomer, navigator, seafarer, and business executive whose Enlightenment-inspired perspectives shaped nineteenth-century capitalism while transforming American life more broadly. Enthralled with the precision and certainty of numbers and the unerring regularity of the physical universe, Bowditch operated and represented some of New England’s most powerful institutions—from financial corporations to Harvard College—as clockwork mechanisms. By examining Bowditch’s pathbreaking approaches to institutions, as well as the political and social controversies they provoked, Thornton’s biography sheds new light on the rise of capitalism, American science, and social elites in the early republic.

Fleshing out the multiple careers of Nathaniel Bowditch, this book is at once a lively biography, a window into the birth of bureaucracy, and a portrait of patrician life, giving us a broader, more-nuanced understanding of how powerful capitalists operated during this era and how the emerging quantitative sciences shaped the modern experience. Global Displacements: The Making of Uneven Development in the Caribbean
Marion Werner
Wiley-Blackwell

Challenging the main ways we debate globalization, Global Displacements reveals how uneven geographies of capitalist development shape—and are shaped by—the aspirations and everyday struggles of people in the global South. Though the work of Irish writers has been paramount in conventional accounts of literary modernism, Ireland itself only rarely occupies a meaningful position in accounts of modernism’s historical trajectory. With an itinerary moving not simply among Dublin, Belfast, and London but also Paris, New York, Addis Ababa, Rome, Berlin, Geneva, and the world’s radio receivers, Ireland and the Problem of Information examines the pivotal mediations through which social knowledge was produced in the mid-twentieth century. Organized as a series of cross-fading case studies, the book argues that an expanded sphere of Irish cultural production should be read as much for what it indicates about practices of intermedial circulation and their consequences as for what it reveals about Irish writing around the time of the Second World War. In this way, it positions the “problem of information” as, first and foremost, an international predicament, but one with particular national implications for the Irish field. In recent years, members of legal, law enforcement, media and academic circles have portrayed rape as a special kind of crime distinct from other forms of violence. In Framing the Rape Victim, Carine M. Mardorossian argues that this differential treatment of rape has exacerbated the ghettoizing of sexual violence along gendered lines and has repeatedly led to women’s being accused of triggering, if not causing, rape through immodest behavior, comportment, passivity, or weakness.

Contesting the notion that rape is the result of deviant behaviors of victims or perpetrators, Mardorossian argues that rape saturates our culture and defines masculinity’s relation to femininity, both of which are structural positions rather than biologically derived ones. Using diverse examples throughout, Mardorossian draws from Hollywood film and popular culture to contemporary women’s fiction and hospitalized birth emphasizing that the position of dominant masculinity can be occupied by men, women, or institutions, while structural femininity is a position that may define and subordinate men, minorities, and other marginalized groups just as effectively as it does women. Highlighting the legacies of the politically correct debates of the 1990s and the terrorist attacks of 9/11, the book illustrates how the framing of the term “victim” has played a fundamental role in constructing notions of agency that valorize autonomy and support exclusionary, especially masculine, models of American selfhood.

The gendering of rape, including by well-meaning, sometimes feminist, voices that claim to have victims’ best interests at heart, ultimately obscures its true role in our culture. Both a critical analysis and a call to action, Framing the Rape Victim shows that rape is not a special interest issue that pertains just to women but a pervasive one that affects our society as a whole.

Working from newly available texts in Heidegger’s Complete Works, Krzysztof Ziarek presents Heidegger at his most radical and demonstrates how the thinker’s daring use of language is an integral part of his philosophical expression. Ziarek emphasizes the liberating potential of language as an event that discloses being and amplifies Heidegger’s call for a transformative approach to poetry, power, and ultimately, philosophy. In the months after the end of the Civil War, there was one word on everyone’s lips: redemption. From the fiery language of Radical Republicans calling for a reconstruction of the former Confederacy to the petitions of those individuals who had worked the land as slaves to the white supremacists who would bring an end to Reconstruction in the late 1870s, this crucial concept informed the ways in which many people—both black and white, northerner and southerner—imagined the transformation of the American South.

Beyond Redemption explores how the violence of a protracted civil war shaped the meaning of freedom and citizenship in the new South. Here, Carole Emberton traces the competing meanings that redemption held for Americans as they tried to come to terms with the war and the changing social landscape. While some imagined redemption from the brutality of slavery and war, others—like the infamous Ku Klux Klan—sought political and racial redemption for their losses through violence. Beyond Redemption merges studies of race and American manhood with an analysis of post-Civil War American politics to offer unconventional and challenging insight into the violence of Reconstruction. 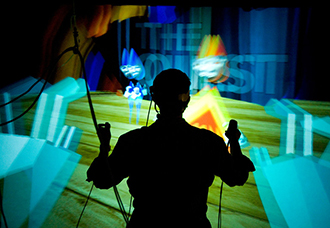