Term: January 2020-23
Assistant Professor of Theatre & Dance
Lindsay Brandon Hunter holds an MA in Performance Studies from NYU and a PhD in Theater and Performance Studies from UCLA, where she was awarded a 2012 teaching fellowship from the Colloquium of University Teaching Fellows and the 2011 Aaron Curtis Taylor Memorial Scholarship.  Her current research project focuses on performances of authenticity and realness in intermedial theater, reality television, and immersive and pervasive gaming.  Her published work includes a chapter on alternate reality gaming in the forthcoming Framing Immersive Theatre and Performance (Palgrave) and essays and reviews in Text & Presentation and Theatre Survey.  She is also a past editor of UCLA’s Extensions: The Online Journal of Embodiment and Technology. Details>> In his photo-based work, John Opera combines a deep interest in the visual characteristics of natural and scientific phenomena with a rigorous experimental approach to the techniques and apparatuses by which photographs have been defined and produced. Opera often returns to antiquated—but by no means exhausted—photographic tools and processes, including pinhole imaging, and more recently the cyanotype and anthotype.

He earned his BFA from SUNY New Paltz (1998) and MFA from the School of the Art Institute of Chicago (2005). He lived, worked, taught, and exhibited in Chicago for more than a dozen years. Opera joined the University at Buffalo in 2017. Details>>

Katja Praznik holds a PhD in Sociology from the University of Ljubljana. She teaches courses related to the political economy of the arts, cultural policy, and research in the field of arts management. She is the author of The Paradox of Unpaid Artistic Labor: Autonomy of Art, the Avant-Garde and Cultural Policy in the Transition to Post-Socialism (Ljubljana: Sophia, 2016) and Art Work: Invisible Labor and the Legacy of Yugoslav Socialism (forthcoming with University of Toronto Press). Praznik held an HI Faculty Fellowship in 2016-17. Details>> 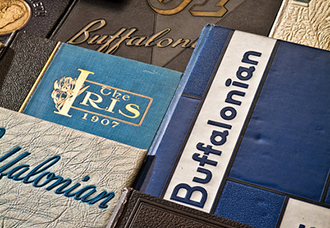