Anne Conable manages Special Projects and community-based programming for the Buffalo & Erie County Public Library, and is administrator for the Library Foundation. Her background includes multi-disciplinary projects at Buffalo Place Inc., the Buffalo & Erie County Historical Society, Buffalo Museum of Science, and non-profit theatres in NYC and elsewhere. She is Vice President of Hull House Foundation, the historic preservation project in Lancaster, NY.

Trained as a U.S. urban and social historian, for many years his scholarship and public practice has centered on oral and public history. In 2002 Frisch founded Randforce, located in UB’s Technology Incubator, as the best mode through which to explore the wide applicatons of dramatic new digital tools for working with audio and video documentation in the construction and use of historical meaning in scholarship, education, and community and public life.

Frisch is the author of over one hundred articles and essays, and of four major books, two of them highly influential in the oral history field : A Shared Authority: Essays on the Craft and Meaning of Oral and Public History, (SUNY Press, 1990),  and Portraits in Steel , (with photographer Milton Rogovin, Cornell University Press, 1993) Portraits was the winner of the Oral History Association’s inaugural Best Book prize, for 1993-1995.

Goldfarb is a certified financial planner and owner of Jeffrey M. Goldfarb & Associates. Since 1988, he has been working with both individuals and businesses to meet their investments and planning needs. He specializes in financial planning for individuals non-profits and small businesses, and has experience in charitable giving and an abiding interest in “green” and socially responsible investing.

His educational background includes a B.S. in Political Science from the State University of New York at Buffalo and an Ed.M. from Boston University. He is a 2000 graduate of the University at Buffalo’s Center for Entrepreneurial Leadership (CEL) program. In addition, Goldfarb is also active in the community through the Western New York Planning Giving Consortium and the Financial Planning Association.

Grol is a specialist in Polish literature. She is the translator and editor of Ambers Aglow: An Anthology of Contemporary Polish Women’s Poetry 1985-1995 (Host Publications, 1997) and a Fulbright scholar to Poland (2001-2002).

E. Ann Kaplan is Distinguished Professor of English and Comparative Literary and Cultural Studies, where she also founded and directs the Stony Brook Humanities Institute. She is also President of the Society for Cinema and Media Studies. Kaplan has written many books and articles on topics in cultural studies, media, and women’s studies, from diverse theoretical perspectives including psychoanalysis, feminism, postmodernism, and postcolonialism. She has given lectures all over the world and her work has been translated into six languages. Her many books include most recently Trauma Culture: The Politics of Terror and Loss in Media and Literature (Rutgers University Press, 2005), Looking For the Other: Feminism, Film and the Imperial Gaze (Routledge, 1997), Playing Dolly: Technocultural Formations, Fantasies and Fictions of Assisted Reproduction (Rutgers University Press, 1998, co-edited with Susan Squier) and Feminism and Film (Oxford University Press, 2000). Her volume, Trauma and Cinema: Cross-Cultural Explorations (co-edited with Ban Wang) appeared from Hong Kong University Press in 2004.

Richard Kurin has headed the Center for Folklore and Cultural Heritage of the Smithsonian Insitution since 1990. As such, he organizes the Smithsonian Festival for Folklore which is held every summer in Washington D.C. He also runs the Institution’s collection of traditional music and several other cultural programmes. He holds a Ph.D. in Cultural Anthropology from the University of Chicago, has lectured at John Hopkins University, and currently teaches at George Washington University. He has published several books, particularly on traditional culture in India and Pakistan.   To be human is to have an oral tradition. It is the stories, the tales, the poetry, the songs, the languages that give meaning to experience and provide continuity across the generations. Our work is to encourage that continuity. If we don’t do our job, the voices of the past may be silenced and future generations may be deprived of their cultural inheritance. – Richard Kurin

Meyer received his law degree from Yale Law School and has been practicing in New York since 1971. His areas of pratice are commercial and industrial real property taxation, acquisitions, development, and environmental concerns, including wetlands delineation, protection, enhancement, and water resources. He has extensive experience with the New York State Environmental Quality Review Act (SEQRA). Among other significant projects, he (i) represented an industrial development agency as lead agency under SEQRA for the review, comments to, modification, hearing and final acceptance of the Environmental Impact Statement for a recreational and sporting complex, (ii) handled environmental and real property matters for the transfer of the water system from a city to a public authority, (iii) worked extensively with NYS DEC regulatory, legal, and permitting personnel, and (iv) represented a large supermarket chain in connection with environmental matters for several facilities. He lectures extensively about commercial and industrial real estate, taxation, development, and environmental issues.

Laurence Shine is the founder and moderator of the Ulysses Reading Circle (2003 to present); Mentor, English-major student  Summer Fellowship Program with the Joyce studies project (2002). Mr. Shine is also a lecturer at Buffalo State College and, since 1998, Coordinator and Master of  Ceremonies for Bloomsday Buffalo. He is Chairman of the Western New York Irish Famine Commemoration Committee and co-founder of a successful five-year project to fund and build Buffalo’s Famine Monument with participation of the City of Cork, Ireland, (1995-present).

Mr. von Simson is Special Counsel in the Business Litigation and Insolvency Defense department at Damon Morey. He specializes in trademark, patent, false advertising and copyright litigation and has broad experience in commercial litigation in state and federal courts. Mr. von Simson also has extensive experience in negotiating licenses and business development deals on behalf of intellectual property portfolio owners.

Prior to starting his legal career, Mr. von Simson was a management consultant and journalist in the computer industry. He was an information technology strategic planning consultant at the Research Board in New York City and covered the personal computer software industry for Computerworld in San Francisco.

Director, Simpson Center for the Humanities  Professor of English, University of Washington at Seattle, Washington

Kathleen Woodward has served as Director of the Simpson Center for the Humanities since 2000. She has published essays in the broad  crossdisciplinary domains of technology and culture, aging, and emotions in American Literary History, Discourse, differences, Generations, Indiana Law Journal, SubStance, Journal of Women’s History, Women’s Review of Books, South Atlantic Review, Studies in the Novel, and Cultural Critique , among other journals, and is the editor of Figuring Age: Women-Bodies-Generations (1999) and The Myths of Information: Technology and Postindustrial Culture (1980). She is also the coeditor of Memory and Desire: Aging-Literature-Psychoanalysis (1986), The Technological Imagination: Theories and Fictions (1980), and Aging and the Elderly: Humanistic Perspectives in Gerontology (1978). From 1986-1995 she coedited Discourse: Journal for Theoretical Studies in Media and Culture. 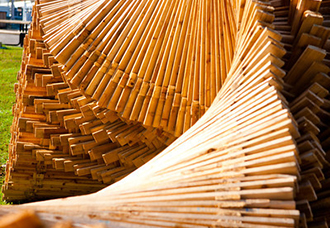